The Goldschmaus Group is pleased about its successful trade fair appearance at the PLMA in Amsterdam.

Still relatively unfamiliar, but curious and with a great deal of interest, the visitors viewing the range of products on display headed towards our own brand. Our meat and sausage products won them over with their freshness and variety. The visitors were also impressed by our new design for our own brand. That’s because behind our products lies the unique concept of the Goldschmaus Group, which was visually supported by the design of the exhibition stand. The 5 Gs - that is our concept - “born in Germany”, “fattened in Germany”, “slaughtered in Germany”, “butchered in Germany” and “processed in Germany”.

The real magnet throughout the trade fair was our “Käseschmurgler” - Krakauer (Polish sausage) with cheese, which invited the visitors to come and taste it. Strong spices, a coarse texture and spicy cheese pieces give the sausage its own special character. We received an entirely positive response on both days of the trade fair with respect to concept, quality, flavour and design.

We were able to gather impressions and inspiration and will also be there at the next PLMA international trade fair in Amsterdam. 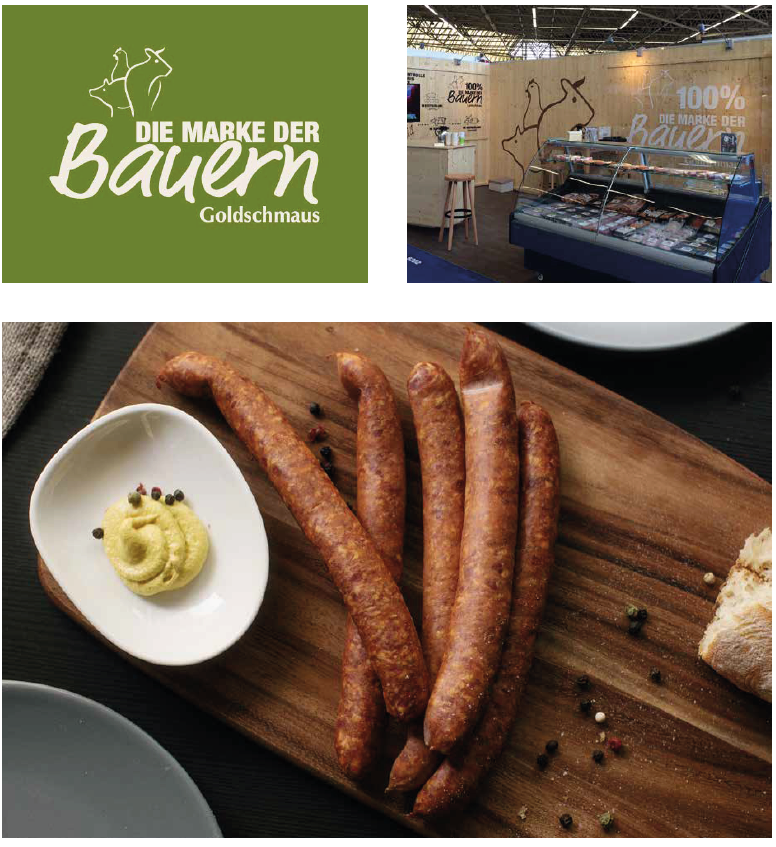